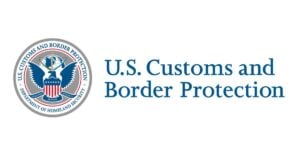 PHILADELPHIA – U.S. Customs and Border Protection officers seized a cocaine load, with a street value of about $1.3 million, hidden in the technical space of a passenger airplane that arrived at Philadelphia International Airport from the Dominican Republic on August 12.

No arrests have been made. An investigation continues.

CBP officers routinely examine aircraft spaces after flights arrive from overseas locations. During a search of the Santo Domingo, D.R., flight, officers discovered 16 brick-shaped objects concealed under a blanket in an avionics technical space. Officers extracted the bricks and took them to CBP’s inspection station after they completed the aircraft inspection.

Officers probed each of the bricks and discovered a white, powdery substance that field-tested positive for the properties of cocaine hydrochloride.

“Drug trafficking organizations work very hard to smuggle their dangerous drugs to the United States and Customs and Border Protection officers must be equally on point to intercept this community poison,” said Joseph Martella, Area Port Director for CBP’s Area Port of Philadelphia. “

During the three days leading up to the discovery, the aircraft made passenger service stops at domestic airports in New York City, Miami, San Diego, and Philadelphia before arriving from Santo Domingo.

CBP officers and agents seized an average of 4,732 pounds of dangerous drugs every day at our nation’s air, land and sea ports of entry. See what else CBP accomplished during a typical day in 2021.

CBP’s border security mission is led at ports of entry by CBP officers and agriculture specialists from the Office of Field Operations. CBP screens international travelers and cargo and searches for illicit narcotics, unreported currency, weapons, counterfeit consumer goods, prohibited agriculture, invasive weeds and pests, and other illicit products that could potentially harm the American public, U.S. businesses, and our nation’s safety and economic vitality. Please visit CBP Ports of Entry to learn more about how CBP’s Office of Field Operations secures our nation’s borders.

Learn more about CBP at www.CBP.gov.