PAYSON, Ariz. — Two traffic stops by Arizona police on Thursday led officers to a stash of fentanyl pills with a street value of $3.75 million, authorities said. 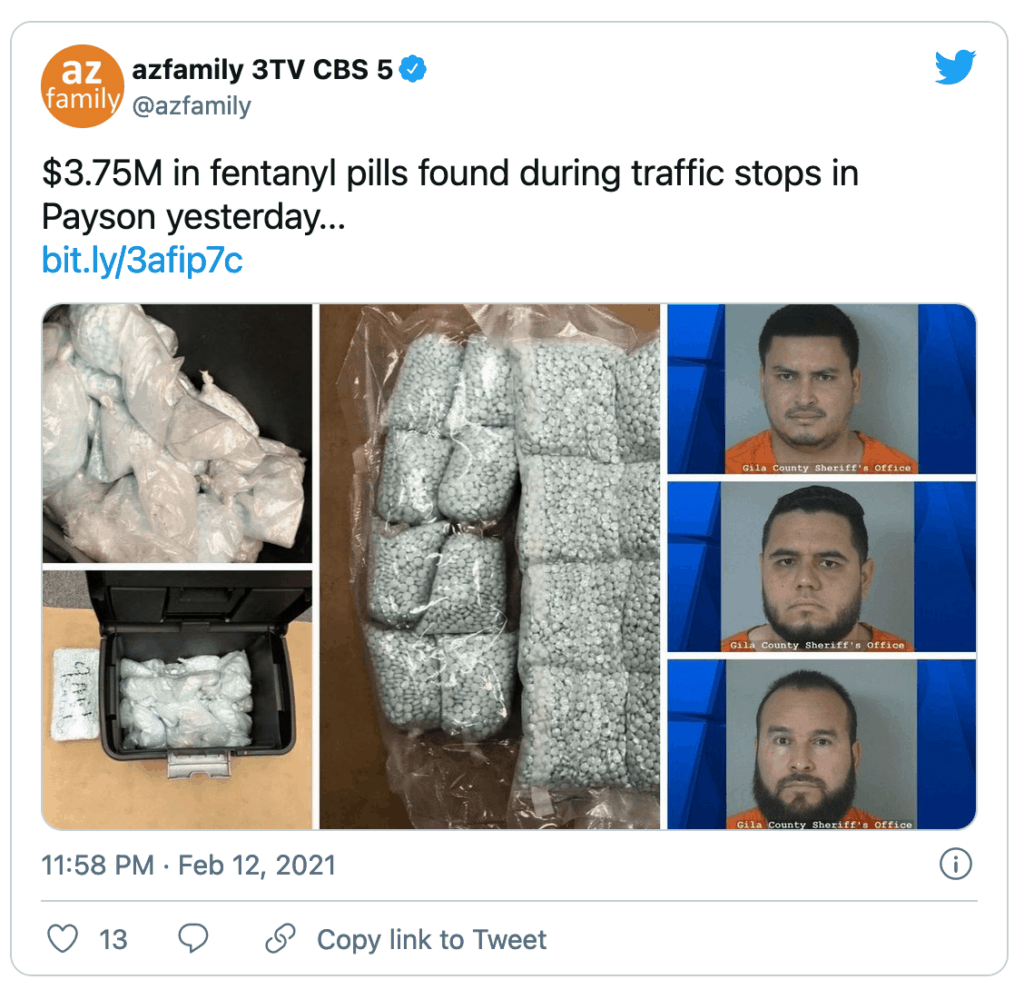 At about 5:45 p.m., deputies attempted to stop a vehicle in Payson but it sped away, KTVK reported. They caught up to the vehicle in the parking lot of a grocery store, where one of the two men in the car ran into a wooded area.

The man was found moments later.

The two men, both from Phoenix, were arrested and identified as Miguel Angel Lopez Valenzuela, 36, and Jesus Acosta, 25, KTVK reported.

The vehicle was searched, and deputies recovered approximately 50,000 pills laced with fentanyl that were hidden in a suitcase, the television station reported. The pills seized had a street value of $1,250,000.